The Myostatin (MH) gene is a recessive gene found in all mammals & influences the production of a protein that controls muscle development. Natural mutations cause a deletion in the bovine myostatin so the muscles keep growing, resulting in the double-muscled phenotype.

The carcases of double-muscled cattle kill out up to 19% higher than cattle that don’t exhibit double muscling. This is due to a combination of increased muscle mass, reduced body fat, reduced bone mass & smaller internal organs. When muscle weight gain per unit energy intake is taken in to account, double-muscled cattle have better feed efficiency. Meat from double-muscled cattle tends to be of better quality due to a combination of increased tenderness, reduced fat content & a higher proportion of polyunsaturated fats. The presence of Myostatin mutations has a beneficial effect on the carcass traits. However, difficulties may occur when carriers of the six disruptive MH variants are mated to each other leading to the potential for calving difficulty as a result of increased birth weight/compromised calving ability. This however can be avoided through knowledge of the status of both the male & the female in the mating. 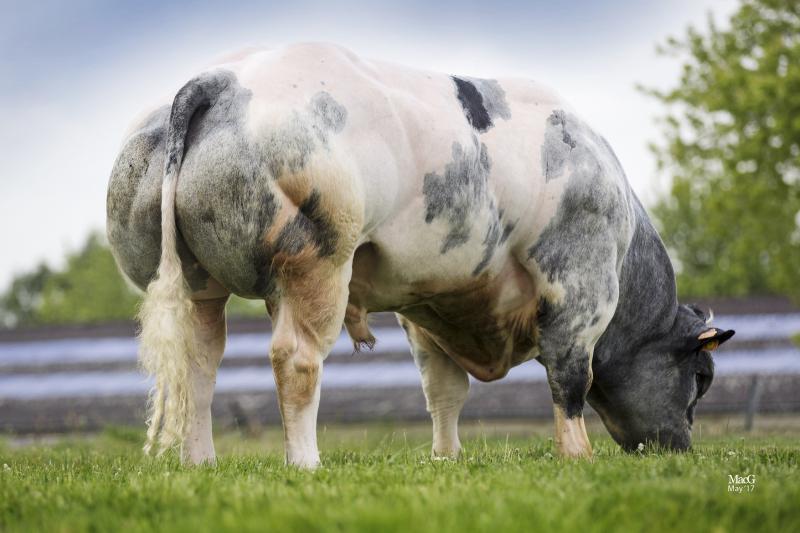 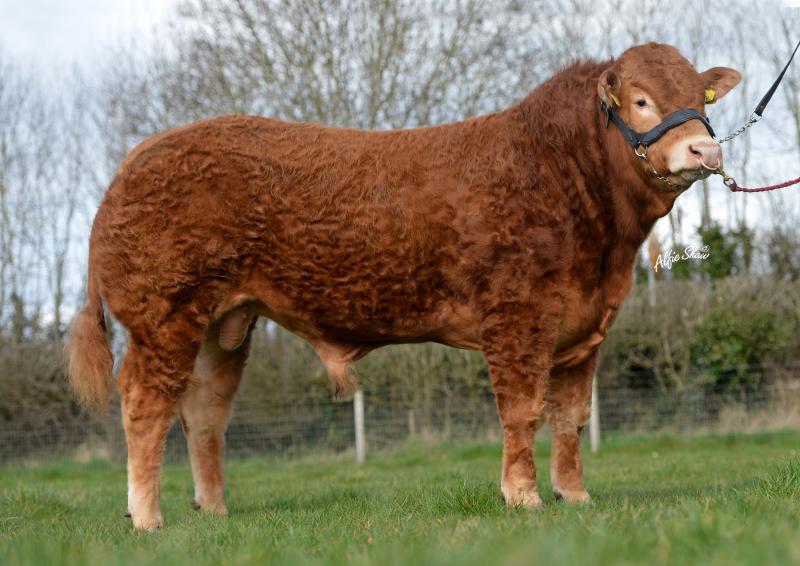 Recommendations Genotype all of your females.

The myostatin status can be ascertained by Weatherbys once the genotype has been done. If you want a MH-free herd (+/+), eliminate the carrier breeding females & use non-carrier sires only.

If you want to reap the improved carcass benefits of MH+ animals whilst limiting the negative aspects, then work with heterozygous animals e.g. (nt821/+), (Q204X/+). Do not mate heterozygous males with heterozygous females. Mate noncarrier females with heterozygous/ homozygous bulls. Continue to genotype both breeding females & males to establish the MH status pre-breeding. In addition, assess calving ability of the female using visual assessment & the daughter calving index.

If you want to breed animals with extreme muscling use homozygous bulls with heterozygous/homozygous females. Beware that the extra muscling may result in increased birth weights & reduced calving ability of females.

A Myostatin genotype is a further item of information that will help you achieve your breeding goals, when used in conjunction with the index, knowledge of the pedigree & visual assessment.

The status of our sires is available in the catalogue & online. In line with our policy of providing all of the information we have available on our sires, we have printed the Myostatin status of all of our bulls in our beef catalogues for the past year. The status of your females can be ascertained through genotyping. Knowing the status of both parents helps you, the breeder, to tailor the desired outcome of a mating to your preference. 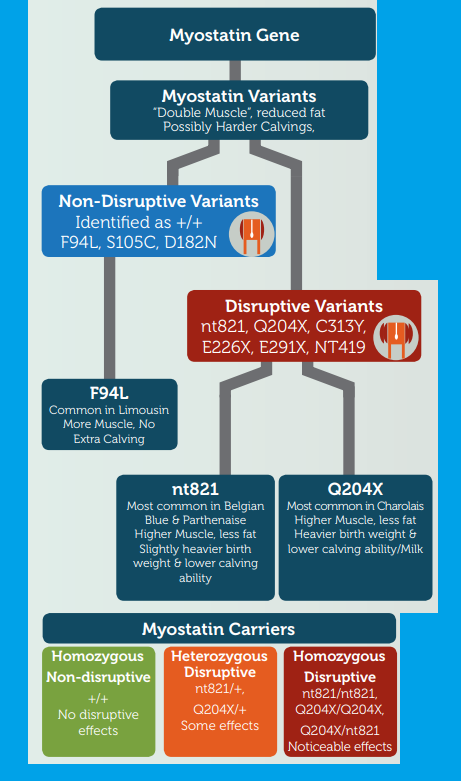